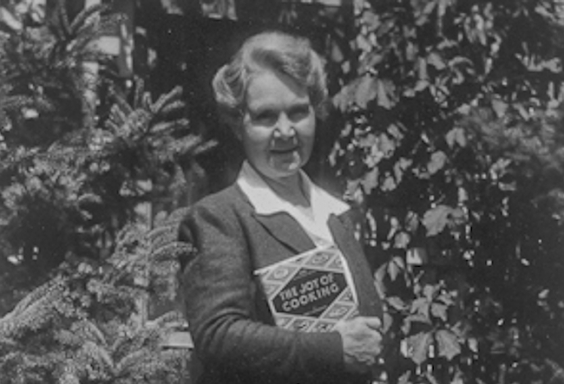 Cider & Sage is currently touring the Midwest, an appropriate time to honor this Missouri native who reshaped American cooking. 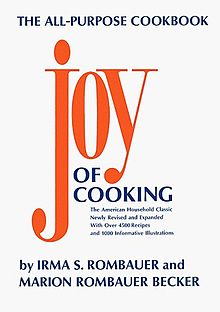 “Joy” was written by St. Louis native Irma Rombauer, born today in 1877. Her guide to cooking, steeped in knowledge and practical experience, and devoid of haughtiness, was perfect for the Depression era when she self-published the first 3,000 copy run in 1931. Many women suddenly found themselves without servants to do the “horrible chore” of cooking, yet still found themselves with people looking to them for supper, including their husbands who were exempt from this duty by virtue of anatomy. Mrs. Rombauer’s own husband had committed suicide the previous year, leaving her in financial and emotional straits.

Read More at The Joy Kitchen

“Joy” has been published continuously since, to the tune of 18 million copies. It has been revised and expanded under the tutelage of the Rombauer family several times, most significantly by Mrs. Rombauer’s daughter, Marion Rombauer Becker. The 1975 version is considered the classic. I own three copies myself, replacing them as they get spattered and their bindings weaken. Well used and much loved copies are stored with all due reverence. The first one, which I read repeatedly as a teenager, is kept in a cedar lined memory chest.  I also own a 1943 version, with its wartime recipes for shortages. Regrettably, I also purchased the 1997 revision, a disastrous edition, stripped of the charm and reliability of Mrs. Rombauer’s previous books. Some publishing ding-dong decided to fix that which was decidedly unbroken and brought in “culinary specialists.” The result was, of course, a camel instead of a thoroughbred, a bloated and unremarkable book, without the Rombauer voice or the accessibility the public expected. The 2006 75th Anniversary Edition supposedly remedied the missteps of 1997. I still rely on the proven 1975 version, the one that now falls open effortlessly to my favorite recipes. 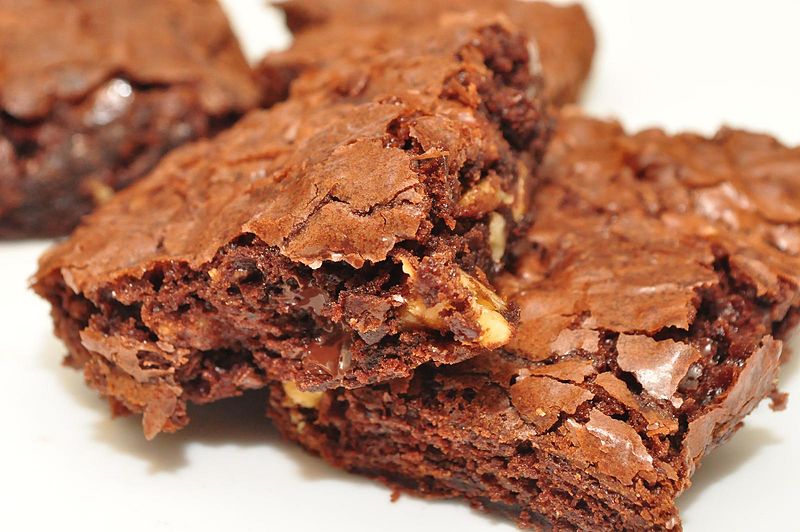 Still the truest and easiest brownie recipe I’ve found. There is no pretense here; this brownie is all indulgence, with real butter, rich chocolate, lots of egg, no leavening, and precious little flour holding it all together. Do not overbeat! Mix by hand.

*In a double boiler, melt:

With a few swift strokes combine the cooled chocolate mixture into the eggs and sugar. Even if you normally use an electric mixer, do this part manually.

Before the mixture becomes uniformly colored, stir in gently,