Seated on the Empire Service out of Penn Station, I was en route to Albany before the final leg home to Cooperstown. My laptop open, I was gazing  at a picture of my second grade class, circa 1965, newly arrived in my email. Steeped in childhood memories, cherishing the friends I still knew fifty years hence, mourning those I had lost. We were a cute lot, all dressed in our picture day finery, looking like a page from the Dick and Jane primers that taught us all to read. My recollections were interrupted by a woman, carrying a half dozen designer bags, subsuming the seat next to me.  I dodged the swinging carry-ons as she settled herself, trying to maintain a patient smile and helping if I could. After she was finally seated, she flipped the tabletop down and brought out lunch. I staunchly believe that commuter trains should ban tunafish and garlic vinaigrette. 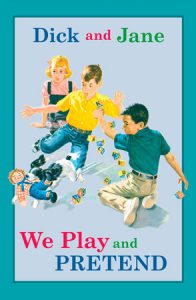 As I sat lost in nostalgia, my seven year-old self staring back at me, my seat mate queried me about the photograph, asking me where it was taken.

It was a loving statement. Those were golden years at Benton, as most of my classmates agree, especially those who survived the mad Mrs. Hart’s kindergarten, to be followed by the angelic Mrs. Duffy in first grade and Mrs. Battmer in second, the year this photo was taken.

“Oh,” sneered my seat mate as she absorbed this critical bit of information. “That’s why all the children are white.”

Uh-oh. Danger, Will Robinson. This was not the first time since moving east that, when I mention Missouri, I am assumed to be stupid, bigoted, incestuous, toothless, or illiterate.

Back off Miss NYC, I can a throw a few stereotypes your way, too. I’m willing to bet that Ms. Gotham, all swathed in black with her knock-off Hermes scarf, doesn’t know Missouri from Minnesota from Mississippi, or that she knows one postal abbreviation from another.  By the way, a New Yorker’s penchant for black has nothing to do with looking smart or thin. New York is a dirty town; black is a practical choice.

I am a lifelong progressive Democrat. A pro-choice, anti right-to-work, 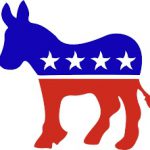 union building, national health supporting, separation of church and state Democrat. None of which my seat mate would assume. She heard “Missouri,” saw all those white children in the mid-sixties and assumed “racist cracker.”

I was seven years old. Nevertheless, had Dr. King established a Children’s Brigade of Freedom Riders I would have been the first to sign up. If, of course, I could have overcome the carsickness that plagued my early childhood and convinced my parents to provide pocket change and a packed lunch.

Uncharacteristically biting my tongue, I changed the subject and asked where Ms. Flyover was going. Why, she was off to her farm, was her fairly smug reply. New York is a major agricultural state (a surprise to many Midwesterners,) so I asked her what she grew or raised. She looked at me as if I was trying her patience. “We don’t grow anything; it’s where artists gather.”

I mean, great! I support the arts and I’m sure pastoral muses spur creativity. Just don’t say you live on a farm. It’s disrespectful to real 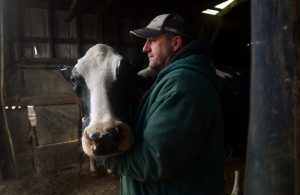 farmers, the people with gnarled hands and muscled arms and worry lines from long nights with animals and long days without rain. What you have is a rural property where your clique gathers to, judging from the contents of your luggage, indulge in food and libations and, most likely,  fawning praise of each other.

I spent the remainder of the trip half heartedly reading while quietly seething at this waste of oxygen with her affectations, her assumptions, her ignorance and her arrogance.

As we pulled into Rensselaer Station, I collected my single carry on and computer bag. Before leaving her to struggle with her burdens, I looked at her squarely and asked her to remember that it was the Missourian in the

White House who integrated the Armed Forces, and not the New Yorker elected four times as Commander in Chief.

She responded, with much cosmopolitan erudition, “Huh?”